Women: A celebration of their contribution to the motor industry 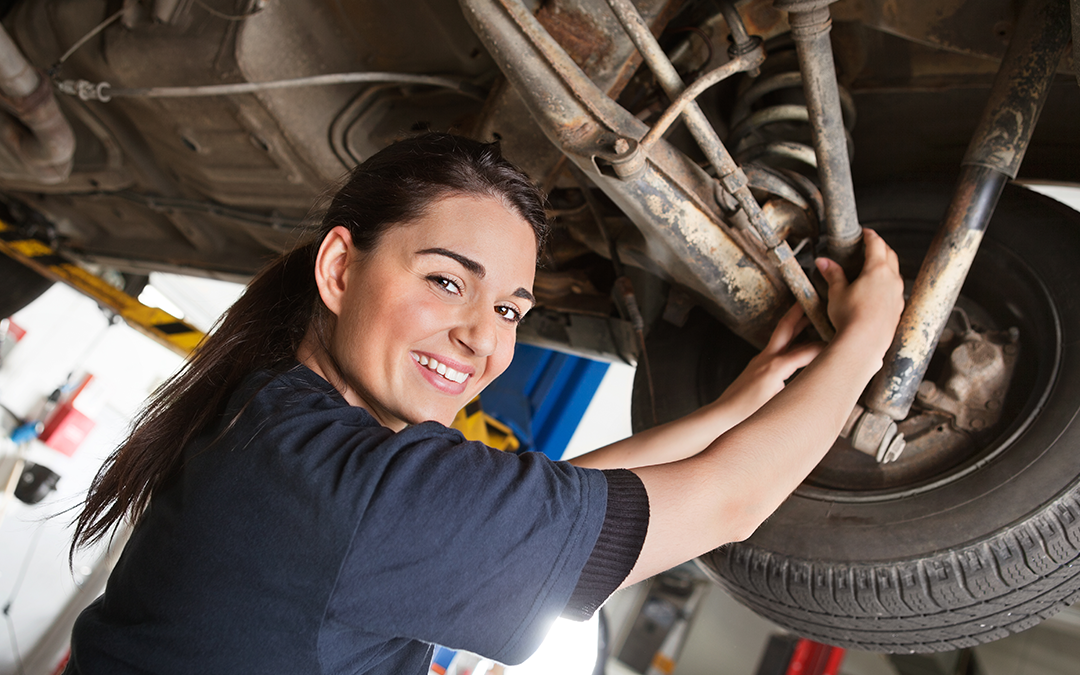 As it’s International Women’s Day on March 8th, we’ve decided to celebrate women in the automotive industry. In a male dominated world, there have been many women throughout history, and up to the present day, who have made great strides forward in the automotive world.

However, with recent statistics showing that only 16% of the industry is made up of women, there is a still long way to go in the equality journey. Nevertheless, today we applaud the influential women over history who made their mark, starting back in 1885 with Bertha Benz.

Where it all began

The Benz Patent-Motorwagen, built in 1885, is regarded as the world’s first vehicle designed to be propelled by an internal combustion engine. Although it was designed by her husband Karl Benz, it was Bertha who financed the project.

According to modern law at the time, married Bertha wasn’t allowed to have patent rights, so her husband, Karl Benz took the reigns and applied for the patent on 29th January 1886. He later went on to unveil his invention to the public on 3rd July 1886 on the Ringstrasse in Mannheim.

Bertha went on to make their first sale after being the first person to drive it on a 121 mile round trip to prove it’s reliability. During the trip with her sons, Eugen and Richard in August 1888, Bertha also put her mechanic hat on, cleaning the carburetor with her hat pin and using her gartner to insulate a wire. She also went on to make history by buying ligroin to use as fuel, making this the first ever recorded use of a filling station.

As the trip progressed, the brakes began to wear down. Bertha asked a local shoemaker to nail leather onto the brake blocks, and thus, brake linings were introduced to the world.

With Bertha playing such an integral role in the history of the Benz Patent-Motorwagen story, it definitely supports the saying that behind every great man is a great woman.

Fast forward to 1914 when automobiles began to evolve further and it was Canadian, Florence Lawrence, who made history by inventing brake lights and the turn indicator.

The brake lights were a pedal-triggered painted stop sign which warned cars behind that the driver was slowing down. The turn indicator, called an ‘auto signalling arm’ was attached to the car’s rear fender and when the driver pressed a button, an electrically operated arm raised a sign to indicate the direction of the turn.

Lawrence failed to patent her turn indicator invention and in 1929, American Oscar J. Simler stole her thunder and patented the design himself.

Automotive ingenuity must have run in Lawrence’s blood as it’s also considered that her mother, Charlotte Bridgewood, was the original inventor of windscreen wipers. Again, Bridgewood never patented her design so history tells a different story.

One American lady who did patent her design though was Mary Anderson who invented a spring loaded windscreen wiper in 1903. It came about during a visit to New York in 1902 when Anderson observed a motorist driving with the front panes of his windshield open due to reduced visibility caused by falling sleet.

In 1905, Anderson tried to sell the rights of her invention to a Canadian firm but they replied claiming that they ‘do not consider it to be of such commercial value as would warrant our undertaking its sale.’

After Andersons patent expired in 1920, manufacturing in the automotive industry grew rapidly with Andersons basic design growing in popularity. Cadillac became the first car manufacturer to include windshield wipers as standard on all their cars in 1922.

Is the future female?

Fast forward a few more decades and women are still making waves in the automotive world. In 2017, Trust Ford General Manager, Lucy Curtis was named the most inspirational woman at the ‘Autocar Great British Women in the Automotive Industry’ awards.

Curtis joined Trust Ford in 2004, by 2011 she had progressed to Sales Manager of the Bookham branch, before moving onto the same role at the Kingston branch in 2012. In 2016, she made Trust Ford history by being the first woman ever to be promoted to General Manager. Operations Director, John Leeman, said at the time, ““I have no doubt that she has a glittering career ahead of her.“

So while automotive history will remember these women, the number of women in the trade is still wildly outnumbered by men. Last May, the Institute of the Motor Industry (IMI) launched a campaign at the London Motor Show to encourage employers to take on more women in their vacancies.

Women themselves want to see more women in the industry as a recent survey showed that 96% of women drivers wanted to see a higher female presence in garages. The survey also found that 31% of women drivers don’t feel comfortable getting their car repaired due to concerns of being ‘ripped off’ by not understanding the technical jargon.

At the Car Dealer Expo (CDX) in Manchester this May, the ‘Women in the Motor Industry’ breakout session is anticipated to be one of the most attended sessions by those of the fairer sex who’ve carved a career out within the industry.

The ‘Women in the Motor Industry’ panel will include some high profile names from within the industry including Melody Munday who will share her ideas on how attitudes towards women are changing within the industry. Munday was headhunted for TV show, ‘Deals, Wheel and Steals’ after setting up her own car dealership. In the show, Munday was the only female in the auction-to-sale competition.

So what does the future hold for women in the industry? While there’s still a long way to go in closing the equality gap, Chief Operating Office of Ford of Europe, Barb Samardzich said, “What really can help is when companies are active in encouraging women into those roles. It’s getting access to young girls in high school and encouraging them to stay with maths and science if they want to move into an automotive roles.”

She also added, “Where I would wave that wand would be in exposure. I don’t think women think about the automotive industry as a career because they don’t have exposure to how exciting it could be.”

LADIES! Looking for a job in the industry?

Look at 100s of jobs available near you right now.

We’re the UK’s biggest group of niche job boards in the UK. Part of our group is the UK’s leading niche job board for the motor industry – InAutomotive. With thousands of registered professional candidates, you’re bound to find your next hire with InAutomotive. Looking to get started right away? Simply give us a call on 01772 937768 or visit our online checkout to get your job live in minutes!