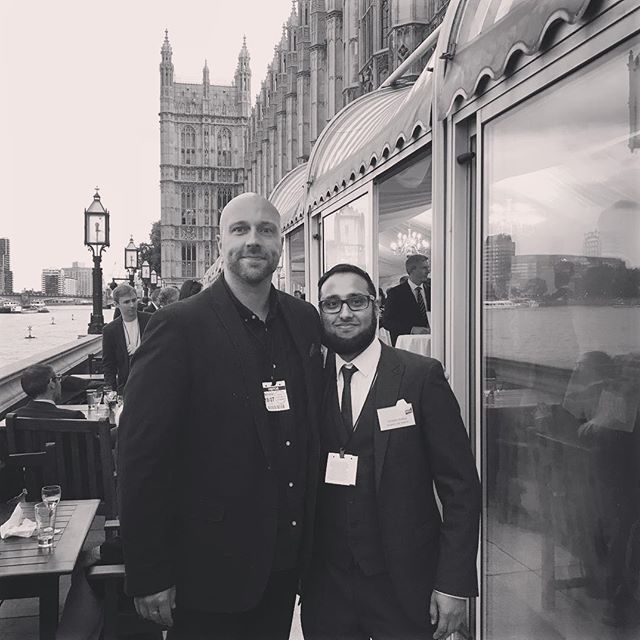 Back in July, our Managing Director Dave Capper and Manager Imraan Rasul attended the prestigious House of Commons reception for an evening of networking and socialising with some of the biggest names in the transport and aviation industry.

Over 170 industry professionals came together enjoying Pimms and canapes on the sunny terrace, including Chris Grayling, Grant Shapps, Leo Docherty and Baroness Sugg.

The event provides an opportunity to meet with ministers, MPs and other government officials who support and help in the endeavour to make General Aviation work for the economy of this country and Europe. The event, organised by the BBGA, and sponsored by Gulfstream Aerospace, the Close Brothers and Clyde and Co was hailed a roaring success by its organisers.

Many of the attendees were in town due to the Farnborough International Airshow which was happening just 40 miles from Westminster. Farnborough Airshow itself attracted the Prime Minister Theresa May who kicked off the event with a speech promising a “solution” which “respects the referendum result” and does what is “best for our global trading ambitions.” She was accompanied by astronaut Tim Peake who was also at Farnborough to assist with students interested in a career in aerospace aviation.