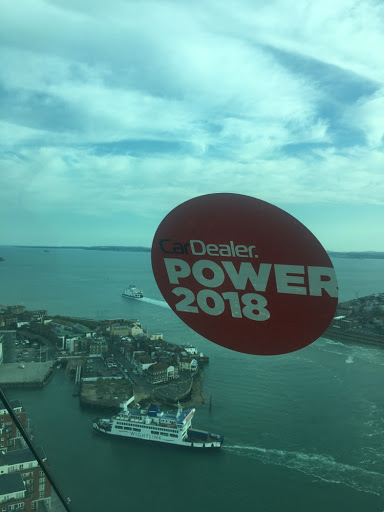 InAutomotive were highly commended at the 9th annual Car Dealer Power Awards ceremony, which took place on the 28th June, at the Spinnaker Tower in Portsmouth.

The whole night was great fun, with a number of businesses from within the industry in attendance. The black tie ceremony saw a number of service providers awarded in a variety of categories. InAutomotive had been shortlisted for the ‘Recruitment Provider of the Year’ award, achieving a highly commended on the night. This was the second year that InAutomotive has been recognised for our achievements.

The awards are unique as they’re only voted for by car dealers. The anonymous votes allow dealers to have their say on manufacturers and service providers alike, with no need for a judging panel to decide on the winners. The evening was broken up nicely with a lovely three course meal that everyone enjoyed. Members also got the chance to mingle with a number of industry professionals, making some great business connections with other service providers.

It was also the night that England faced Belgium in the World Cup, so there was an embargo on any football chat to keep the score as secret as possible, allowing people to head downstairs afterwards and watch the pre-recorded game before everyone made their way to the Grosvenor Casino. It was a lovely evening for all involved and the InAutomotive team were overjoyed to receive a highly commended in our category.

Our sister company Spidersnet attended the evening and were also shortlisted for the ‘Website provider for independent dealers’ award, also achieving a highly commended on the night.